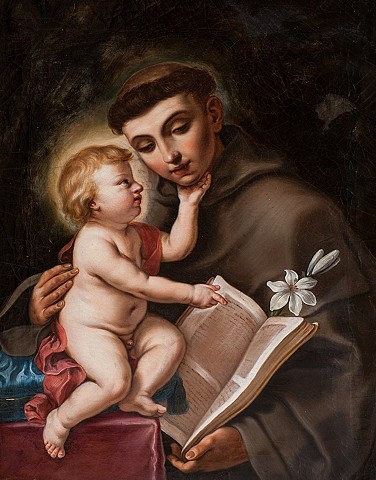 JML-PLOGS poetic commentary is below

For the Feast of the Epiphany

And the answer is very Franciscan and very much a scenario of the fourth Magi; meaning we all can carry Jesus! The Journey Of The Magi by T.S. Eliot A cold coming we had of it, Just the worst time of the year For a journey, and such a long journey: The ways deep and the weather sharp, The very dead of winter.’ And the camels galled, sorefooted, refractory, Lying down in the melting snow. There were times we regretted The summer palaces on slopes, the terraces, And the silken girls bringing sherbet. Then the camel men cursing and grumbling and running away, and wanting their liquor and women, And the night-fires going out, and the lack of shelters, And the cities hostile and the towns unfriendly And the villages dirty and charging high prices: A hard time we had of it. At the end we preferred to travel all night, Sleeping in snatches, With the voices singing in our ears, saying That this was all folly.

Then at dawn we came down to a temperate valley, Wet, below the snow line, smelling of vegetation; With a running stream and a water-mill beating the darkness, And three trees on the low sky, And an old white horse galloped away in the meadow. Then we came to a tavern with vine-leaves over the lintel, Six hands at an open door dicing for pieces of silver, And feet kicking the empty wine-skins. But there was no information, and so we continued And arriving at evening, not a moment too soon Finding the place; it was (you might say) satisfactory.

All this was a long time ago, I remember, And I would do it again, but set down This set down This: were we led all that way for Birth or Death? There was a Birth, certainly We had evidence and no doubt. I had seen birth and death, But had thought they were different; this Birth was Hard and bitter agony for us, like Death, our death. We returned to our places, these Kingdoms, But no longer at ease here, in the old dispensation, With an alien people clutching their gods. I should be glad of another death.

T.S. Eliot, Collected Poems, 1909-1962 (Harcourt Brace Jovanovich, 1991). This poem has been shared here under fair use guidelines provided by The Poetry Foundation.

Keep Christ in Christmas (To be read with contemplation)

Why! Why? Keep Christ in Christmas...

I will tell you why. So shall my anticipation prevent your discovery, and your secrecy to the king and queen moult no feather.

I have of late—but wherefore I know not—lost all my mirth, forgone all custom of exercises, and indeed it goes so heavily with my disposition that this goodly frame, the earth, seems to me a sterile promontory;

this most excellent canopy, the air—look you, this brave o'erhanging firmament, this majestical roof fretted with golden fire—why, it appears no other thing to me than a foul and pestilent congregation of vapors.

What a piece of work is a man! How noble in reason, how infinite in faculty! In form and moving how express and admirable! In action how like an angel, in apprehension how like a god!

The beauty of the world. The paragon of animals. And yet, to me, what is this quintessence of dust? Man delights not me. No, nor woman neither, though by your smiling you seem to say so— (*1)

Caesar Augustus issued a decree that a census should be taken of the entire Roman world. This was the first census that took place while Quirinius was governor of Syria. And everyone went to their own town to register.

So Joseph also went up from the town of Nazareth in Galilee to Judea, to Bethlehem the town of David, because he belonged to the house and line of David. He went there to register with Mary, who was pledged to be married to him and was expecting a child. While they were there, the time came for the baby to be born, and she gave birth to her firstborn, a son. She wrapped him in cloths and placed him in a manger, because there was no guest room available for them.

And there were shepherds living out in the fields nearby, keeping watch over their flocks at night. An angel of the Lord appeared to them, and the glory of the Lord shone around them, and they were terrified. But the angel said to them, “Do not be afraid. I bring you good news that will cause great joy for all the people.

Today in the town of David a Savior has been born to you; he is the Messiah, the Lord. This will be a sign to you: You will find a baby wrapped in cloths and lying in a manger.”

Suddenly a great company of the heavenly host appeared with the angel, praising God and saying,

“Glory to God in the highest heaven, and on earth peace to those on whom his favor rests.”

When the angels had left them and gone into heaven, the shepherds said to one another, “Let’s go to Bethlehem and see this thing that has happened, which the Lord has told us about.”

So they hurried off and found Mary and Joseph, and the baby, who was lying in the manger. When they had seen him, they spread the word concerning what had been told them about this child, and all who heard it were amazed at what the shepherds said to them.

But Mary treasured up all these things and pondered them in her heart.

The shepherds returned, glorifying and praising God for all the things they had heard and seen, which were just as they had been told. — (*3)

In honor of the 3rd week of Advent Gaudete Sunday en.m.wikipedia.org/wiki/Gaudete_Sunday