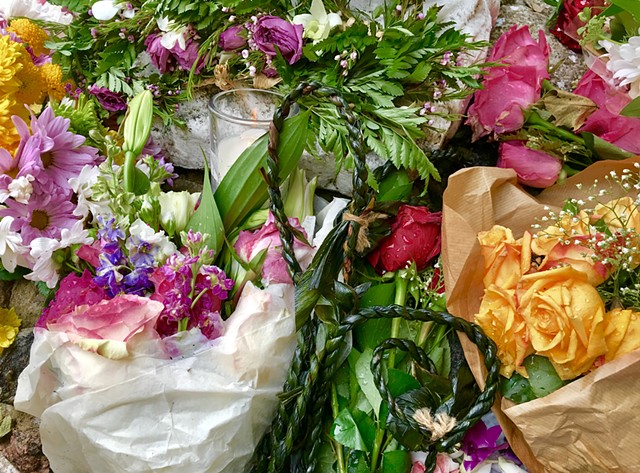 JML-PLOGS poetic commentary is below

Saint Rita has a very powerful story. She was married very young and her husband was cruel. For years she endured this painful marriage when she really wanted to be a religious sister. And one fateful day her husband was murdered by a clan that had a blood vendetta against him. Saint Rita was distraught and so were her two sons. As her sons were growing up they decided that they would murder the clan that killed their father. Saint Rita prayed to God to find a way to keep her sons from committing a mortal sin and being banished to hell for eternity. It is believed that God answered Saint Rita’s prayers by giving her sons ailments that eventually caused them to die. In all of Saint Rita’s sorrow she remained faithful to God and Jesus. She was finally able to enter the convent and become a religious sister. It’s also believed that Saint Rita received a partial stigmata known as “the thorn of Christ” on her forehead.

Saint Rita is a patron saint of lost and hopeless causes especially with mothers and family issues. My take away from the story of Saint Rita is that even when you feel so hopeless God will find a way for you without violence. God is always watching after you.