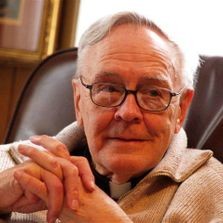 This year’s Holiday Plog is dedicated to The Maria House Project.

In August of 2015, I found myself in the Heart of Erie, Pennsylvania. I had no clue why I followed through on going – other than, I said, I would go. Always take the opportunity to visit a place you’ve never been!

There are several things about Erie, PA that are indicative of serious urban blight, rust belt phenomenon, and “Hillbilly Elegy” could have been written documenting Erie. If you ask the locals, they’ll say, “Erie is Erie.” I do have a theory that Erie, PA is situated in such away on EARTH that it only gets hit by sunlight that falls in a “core shadow” on Earth’s plane.

My theory aside—Erie is dark. The buildings are dingy—the whole town needs a paint job and the sidewalks need to be replaced. It wasn’t until I really met some of the locals and the vast homeless population, that I realized, these people will call Erie home for the rest of their lives and they are proud of their city. It was really weird—indescribable-- saying it’s a twilight zone would hardly serve justice. Americans like to talk smack about the back woods of Alabama, Georgia and Mississippi—I’ll contend Erie is more bizarre than the back woods of the south. If you visit Erie, you may feel like you met “Archie Bunker” and stepped back to the 1970’s.

But, like most things, Erie is lovable, and they have a tight knit community of giving and caring for one and another. The story about Maria House and Father Peterson really touched my soul. Quite often, I’ve seen Americans travel abroad to aid in countries deemed third world. I’ll tell you—parts of the USA struggle greatly. Father Peterson served men who were sleeping on the streets in the dead of winter. He served addicts whose families had given up on them. And Father Peterson, housed men released from prison so they would not end up in a cycle returning to prison.

This year’s Holiday Plog is dedicated to everyone at Maria House, and for all my friends in Erie, PA. And most especially, I’m writing this Holiday Plog for Father Peterson’s valiant efforts to be noticed.